Breathing though mouth during sleep may increase tooth decay risk

A comparison of acidity levels in the mouths of individuals who did and did not breathe through the mouth during sleep finds mouth breathing may promote dental erosion and decay. 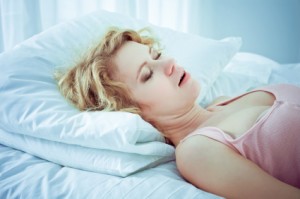 This was the finding of a study by dentistry researchers from the University of Otago, Dunedin, New Zealand, published in the Journal of Oral Rehabilitation.

The researchers note that dentists are reporting an increasing number of patients who complain of dry mouth, especially during sleep or upon awakening.

Mouth breathing during sleep can dry up saliva, which is an important defense mechanism for preventing the mouth becoming too acidic. Previous studies suggest that dry-mouth individuals run a higher risk of erosion than individuals with normal salivary secretion rates.

Acidity leads to loss of tooth enamel through erosion (the direct effect of acid without the influence of bacteria) and tooth decay or caries (the effect of bacteria breaking down foods to produce acid).

For the new study, the researchers decided to investigate what happens to acidity levels in the mouth during open- and closed-mouth sleep.

They measured pH and temperature levels in the mouths of 10 healthy volunteers as they alternately slept without and with a nose clip that forced them to breathe through the mouth.

The volunteers were fitted with a device that continuously measured the pH and temperature of the "palatal aspect of the upper central incisors" inside their mouths. They wore it for two sets of 48 hours.

To force them to breathe through their mouths as they slept, the volunteers wore the nose clip for two nights of the four. To balance any potential bias from the wearing sequence, five of them wore the clip the first night and the others wore it the second night at each of the 48-hour sessions.

The results showed that on average, daytime mouth pH was 7.3, and during sleep it was 7.0. The mean mouth pH during sleep with mouth breathing was 6.6, "which was statistically significant compared with the normal sleep condition," note the authors.

Lead author Joanne Choi, a PhD student in the Faculty of Dentistry in the Sir John Walsh Research Institute at Otago, explains there were noticeable differences in variation of pH:

"Intraoral pH decreased slowly over the hours of sleep in all participants, but showed greater falls over a longer period of time when participants were forced to mouth breathe."

She adds that at stages during the night, pH levels inside the mouth dropped to 3.6 in individuals who breathed through their mouths. This is well below the threshold (pH 5.5) for when tooth enamel starts to break down.

The average temperature in the mouth was 33.1 °C during daytime and 33.3 °C during sleep, with no statistical significance between sleep with and without mouth breathing, note the researchers.

"This study is the first to continuously monitor intraoral pH changes in healthy individuals over several days. Our findings support the idea that mouth breathing may indeed be a causal factor for dental diseases such as enamel erosion and caries."

In November 2015, Medical News Today learned how a group of oral health experts are urging consumers to be aware of the potential for sugar-free beverages and confectionery to be as damaging to teeth as those containing sugar.

To see more images and read the original article, open the pdf.