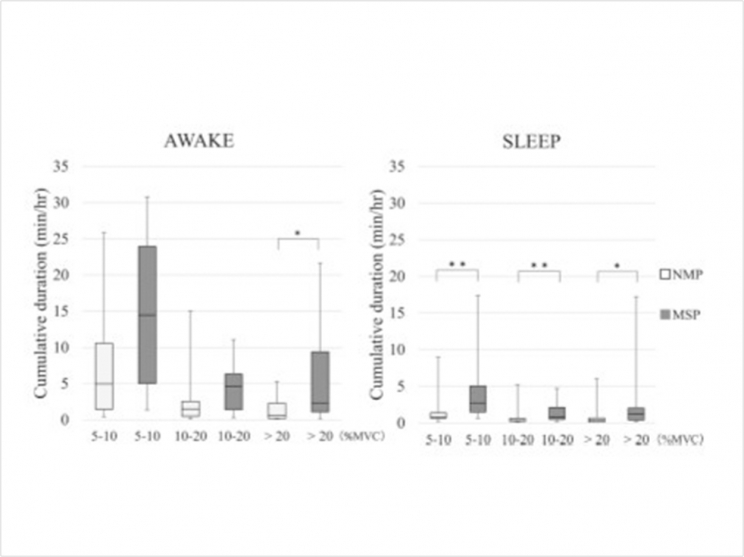 Bruxism occurs when people are awake as well as asleep, so the researchers designed the study to provide information on masseter muscle activity over long enough periods including both daytime and nighttime. Of the 31 people selected, 16 had no or mild periodontitis (NMP), while 15 had moderate to severe periodontitis (MSP).

Each subject was equipped with a portable device measuring muscle activity via surface electromyography. The subjects maintained a diary noting their activities including eating meals, which helped the researchers analyze the data and filter out muscular activity not coming from bruxism. Teeth movement due to speech was filtered out by monitoring voice activity by a microphone attached to the electrodes.

However, the researchers also note that causation—bruxism leading to periodontitis—cannot be concluded from the study, which was limited by oral conditions such as missing teeth or the use of removable partial dentures, as well as the limited capabilities of the ambulant surface electromyography setup.

The study, “Relationship Between Severity of Periodontitis and Masseter Muscle Activity During Waking and Sleeping Hours,” was published by Archives of Oral Biology.