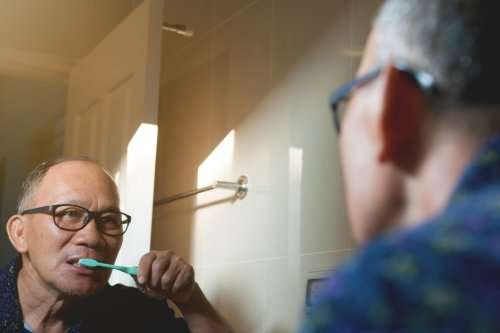 A new report has revealed that the number of people affected by tooth decay and gum disease is having a widespread and devastating impact not only on patients mouths but also on their general health and wellbeing, particularly in the older population.

The study, led by an international team of periodontists including researchers at the Bristol Dental School at the University of Bristol, reviewed all available data, publishing 15 systematic reviews on the evidence and published consensus findings, and found that ten per cent of the global population—743 million people—are affected by severe gum disease.

The findings were announced at the European Federation of Periodontology (EFP), the leading global voice on gum health and gum disease and published in the Journal of Clinical Periodontology, one of the most authoritative scientific publications in this field.

Left untreated, gum disease causes tooth loss and in its more severe forms, periodontitis which is independently associated with increased mortality rates due to a higher risk of atherogenic cardiovascular diseases, diabetes and related complications.

Professor Nicola West, Head of Restorative Dentistry and Director of the Clinical Trials Unit at Bristol Dental School and Hospital, who compiled the consensus findings, said: "The burden of these diseases is high and is increasing as the population ages. Both tooth decay and gum disease can lead to nutritional compromise and negative impact on self-esteem and quality of life. These findings help underline to dental professionals and the public the importance of oral health and that it is often an indicator of general health issues."

The study' recommendations include:

Provided by: University of Bristol