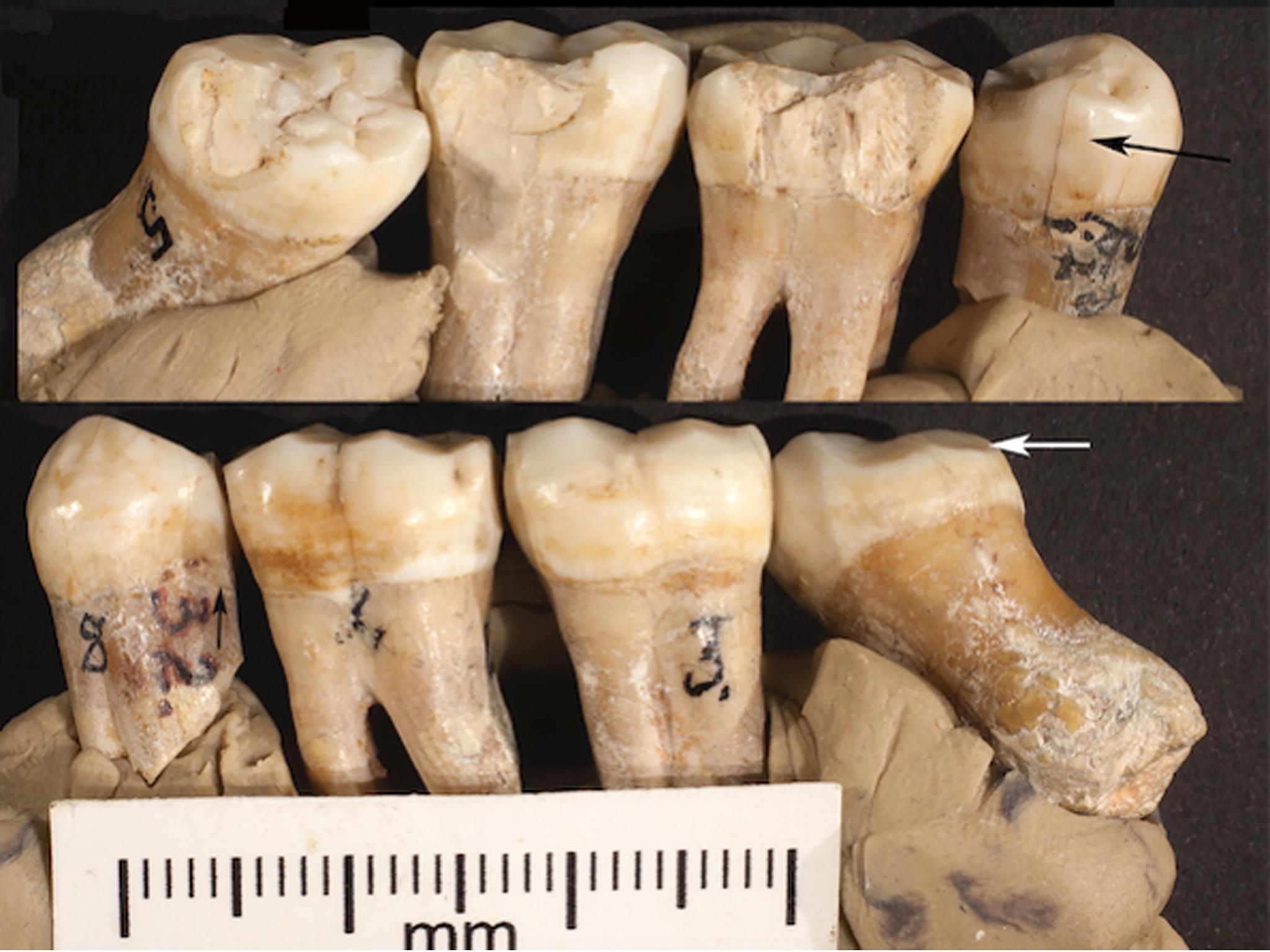 Apparent evidence of attempts to use toothpick to deal with impacted tooth and misalignment of another one adds to impression Neanderthals were significantly more intelligent than previously thought.

A Neanderthal who lived 130,000 years ago appears to have carried out some “prehistoric dentistry” in an attempt to deal with an impacted tooth, researchers have said. Teeth found at a site in Krapina, Croatia, at the start of the last century were re-examined by scientists and found to have a number of grooves, scratches and chips.

While it is possible there is another explanation, the scientists, from the US and Croatia, said they appeared to be evidence of attempts to use a toothpick to deal with the impacted tooth and the misalignment of another one.  If true, this would add to the growing body of evidence that Neanderthals were significantly more intelligent than previously believed.

Recent research found evidence that suggested they used natural forms of penicillin and aspirin as medicine.

The Krapina Neanderthals have previously been found to have created jewellery out of eagle talons, in another sign that they were more sophisticated than generally given credit for.

Professor David Frayer, of Kansas University, said the marks on the teeth suggested the individual was in some pain and was trying to do something about it.

“As a package, this fits together as a dental problem that the Neanderthal was having and was trying to presumably treat itself, with the toothpick grooves, the breaks and also with the scratches on the premolar,” he said.

“It was an interesting connection or collection of phenomena that fit together in a way that we would expect a modern human to do. Everybody has had dental pain, and they know what it’s like to have a problem with an impacted tooth. The scratches indicate this individual was pushing something into his or her mouth to get at that twisted premolar".

"It's maybe not surprising that a Neanderthal did this, but as far as I know, there's no specimen that combines all of this together into a pattern that would indicate he or she was trying to presumably self-treat this eruption problem.”

It is thought the marks could have been made by bones or stiff grass stems. The researchers said it was unclear whether the Neanderthal was doing something unusual or if such attempts at dentistry were widespread. There is evidence that dentistry was ‘invented’ much, much earlier in human history. The oldest toothpick grooves discovered so far date from an earlier human species, Homo habilis, some 1.8 million years ago.

The research was described in a paper in the Bulletin of the International Association for Paleodontology.