Is cannabis ruining your teeth? 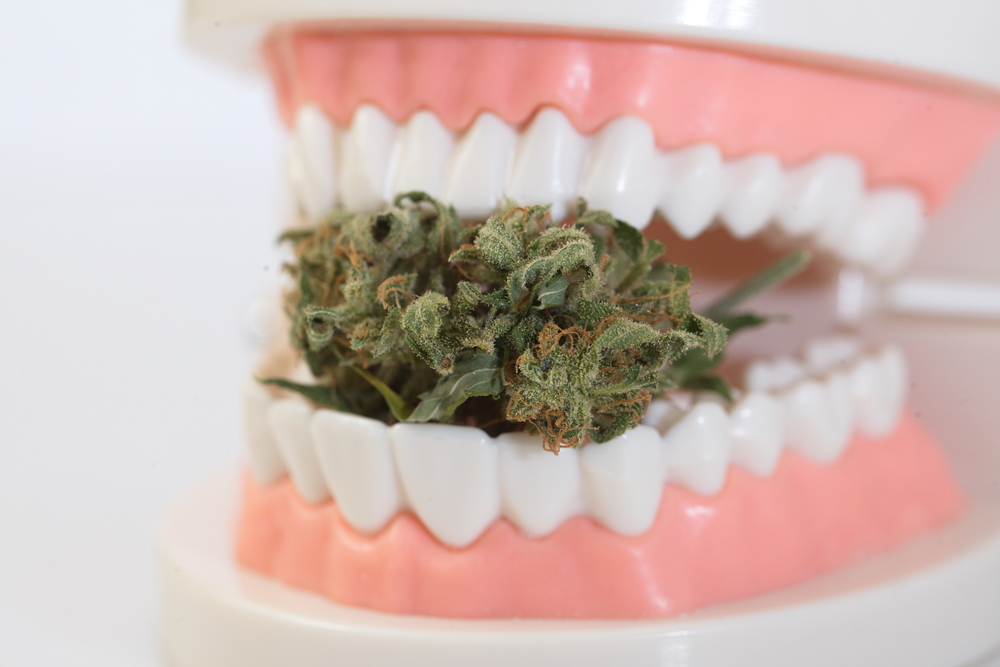 In 2016, a major study from Duke University measured the health of 1,000 New Zealanders who’d consumed cannabis for more than 20 years. What researchers found was surprising—especially when it came to the participants’ mouths.

While cannabis seemed to have no adverse effects on physical health indicators like lung function, cholesterol, blood pressure, and body mass index, researchers found that regular cannabis use did have a significant impact on the health of teeth and gums.

“While study participants who had used marijuana to some degree over the last 20 years showed an increase in periodontal disease from age 26 to 38, they did not differ from non-users on any of the other physical health measures,” they reported.

Researchers were careful to account for confounding factors like tobacco smoking, alcohol abuse, and poor hygiene in their analysis. Still they noticed a significant oral health effect from cannabis, especially an increased risk of periodontal disease.

Taking this study and several others into account, the American Dental Association’s (ADA) official position is that cannabis smoking “is associated with periodontal complications, xerostomia, and leukoplakia as well as increased risk of mouth and neck cancers.” Xerostomia is a chronic dry mouth condition. Leukoplakia is a condition that causes white patches or spots to appear on the inside of the mouth.

As a result, the dental community is ramping up its educational efforts about the impact of cannabis on the mouth and adjusting clinical recommendations for regular cannabis consumers. Meanwhile, the cannabis industry is developing new products that could lessen the adverse effect on oral health.

The ecosystem called your mouth

The human mouth is a complex ecosystem. It’s made up of many interconnected parts, and requires a variety of organic materials to keep it in balance. Saliva, in particular, is one of the most vital components. It’s responsible for a myriad of functions, like breaking down food and maintaining a moist environment. Most importantly to cannabis users, saliva clears and breaks down bacteria and other substances from the teeth and gums, preventing cavities—or worse.

When you smoke cannabis, research shows that saliva production decreases. Most cannabis smokers will recognize this as the familiar sensation of dry mouth.

Excessive dry mouth is the biggest cannabis-related issue for oral health because it contains antibacterial compounds (in addition to water, mucus, electrolytes, and enzymes). A mouth without saliva creates an ideal environment for bacteria to build up, which can cause cavities and fungal infections. If left for too long, severe infections in the structures around the teeth, also known as periodontal disease, can develop. This can mean tooth and bone loss, and the risk is compounded by the munchies.

“People’s behaviors when smoking cannabis—drinking more sugary drinks, eating junk food and not taking good care of their teeth,” are probably more harmful than the THC itself, said Dr. Jared Helfant DDS, a practicing dentist in Florida and president of Sparx, a California-based cannabis purveyor.

Additionally, cannabis use has been linked to gingivitis, inflammation of the oral mucosa, and spots on the gums, though it is unclear whether “associated irritants, such as orally inhaled smoke, rather than cannabis itself, may be contributing causes,” according to the American Dental Association (ADA) .

The act of smoking anything is bad for our teeth, according to the federal Centers for Disease Control. Smoking can stain teeth and further dries out the mouth. Because the science is still new, and because tobacco use and cannabis use are often correlated, it’s hard to know whether cannabis or tobacco in particular is worse for the teeth.

How to light up with less harm

For those who choose to light up, health professionals like Dr. Helfant, and Dr. George Anastassov, MD, DDS have a few tips.

To combat dry mouth, Dr. Helfant’s recommendations resemble what you’d usually hear at the dentist: Stay hydrated, use a heavily fluorinated toothpaste to protect against decay, try a microbial mouth rinse to kill excess bacteria in the mouth, and brush and floss more often.

As long as the consumer stays on top of their oral health, Helfant said he remains optimistic about the health benefits of cannabis. He has even recommended CBD products to help his more anxious dental patients relax during their appointments.

Dr. George Anastassov is a cranial facial surgeon, dentist, and physician. He also founded AXIM Biotechnologies, a company known for their cannabis chewing gum. Anastassov agreed with many of Helfant’s points, but was more adamant about advising cannabis consumers to quit smoking.

“Any smoke-able substance stains the teeth, unless it’s totally transparent. But I don’t think that’s the main problem with cannabis—the main problem is the effect on the upper airway and lungs,” Anastassov said. What to do instead? “Quit smoking and chew our gum.”

Well, okay, no surprise there—Anastassov is the founder of a cannabis chewing gum company. But he does have a point. Chewing gum has been shown to be beneficial to the mouth. Not only does the act of chewing promote good oral health, but it also stimulates the saliva glands, cleaning the teeth and staving off dry mouth. What’s more, certain cannabinoids can actually be beneficial to the oral cavity, Anastassov said.

“It’s known that the oral cavity is the dirtiest place in the human body,” he said. “But certain cannabinoids—in particular CBG and CBD—are actually quite good antimicrobial compounds.” CBG halogenated with fluoride, he said, has been shown to be “extremely active in disrupting the life cycles of certain bacteria—most importantly, MRSA.”

MRSA is an antibiotic-resistant strain of staph bacteria. These common bacteria are generally harmless unless they enter the body through a cut or wound—which is why MRSA tends to both flourish and infect at-risk patients in hospitals.

Talk to your dentist, seriously

Most importantly, experts encourage cannabis smokers to talk with their dentists about their use. Helfant acknowledges that some patients may be wary of divulging use for fear of being judged, and some dentists may be unwilling to have the conversation for fear of legal ramifications.

“I’m 36 years old and in the [cannabis] industry, so I’m probably more comfortable talking about it and more knowledgeable,” he said. “Younger dentists in general might be more comfortable than say, a 75-year-old dentist would be,” because the older practitioner grew up with a heavier degree of stigma around cannabis.

Dentists and the ADA were clear about one point: If you arrive at a dental appointment after consuming cannabis, it’s particularly important to disclose that fact. That’s because there are potentials for adverse interactions with numbing and pain medications used during the appointment.

The practitioners working with you, the patient, will also want to be aware in case any negative side effects of cannabis use arise (dry mouth, paranoia). There may also be complications with the legality of informed consent, which any medical practitioner requires.

In the end, it’s not enough to claim that cannabis ruins teeth, or helps them. A variety of factors go into a cannabis user’s oral health. Some have to do with the chemical make-up of cannabis itself, and some are more dependent on lifestyle choices. Additionally, the science around oral health and cannabis is still preliminary—making it hard to come to any clear conclusions.

For now, practicing these expert tips, finding alternatives to smoking, and keeping your dentist in the loop are the best ways to protect those pearly whites while still enjoying the positive effects of cannabis.